We ducked out of the British Museum and dashed across the street to Starbucks to use the free WiFi to plan our next move.  As we were waiting for Hubby’s phone to log on, another friend from home appeared.  Since we were craving paintings, he recommended we head over to Trafalgar Square to visit the National Gallery.  We thought that sounded like a great idea. 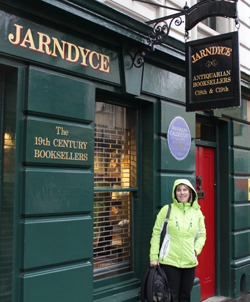 On our way to our next destination, we stumbled across Jarndyce Antiquarian Bookseller.  Named after the court case from Charles Dickens’ Bleak House and housed in the building where Randolph Caldecott lived, I couldn’t resist posing for a picture, even if it was raining.

When we arrived at the National Gallery, we immediately marked the rooms on the map that we wanted to focus on.  We had resigned ourselves to being unable to see it all.  I chose the rooms that had artists I had heard of.  The Impressionists were first: Monet, Manet and Renoir.  It was amazing to see the different sizes of the canvases: in books, all art is the same size.  My two favorites in this room were Monet’s Water Lillies and Renoir’s Umbrellas.  All the paintings at the British Museum are available to view online.  I love how free Britain is with its art.  Not only that, but they have a free monthly podcast that takes you behind the scenes of the exhibits.

In the room called “Beyond Impressionism”, I enjoyed Pissaro and Seurat.  Seurat did some “sketches” that were 8 x 11 inch oil on wood pieces to prepare for a very large piece called Bathers at Asnieres.  From there we moved on to Gaugin, Cezanne, Degas, Picasso, and Van Gogh.  I especially enjoyed the geometric paintings of Cezanne and a portrait Picasso did of a well known eccentric which looks like Robin Williams.  Van Gogh’s A Wheatfield, with Cypresses and Sunflowers were so fascinating to see in person.  There is so much depth to his work and you can feel the emotion in the ridges of paint. 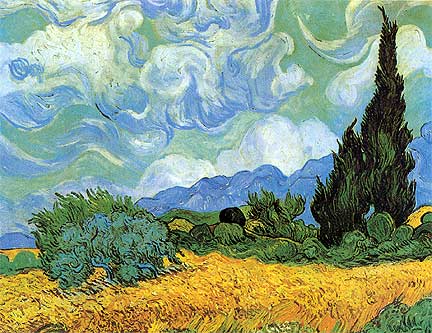 Having seen the Impressionists that I was most excited about, we moved on (or rather back) to the 16th and 17th century masters: Jordaens, Rubens, Van Dyck, Leonardo, Vermeer, and Rembrandt.  I had never heard of Jordaens before.  His portrait of the Holy Family with St. John the Baptist really grabbed me because of Mary’s face: she looks so young. 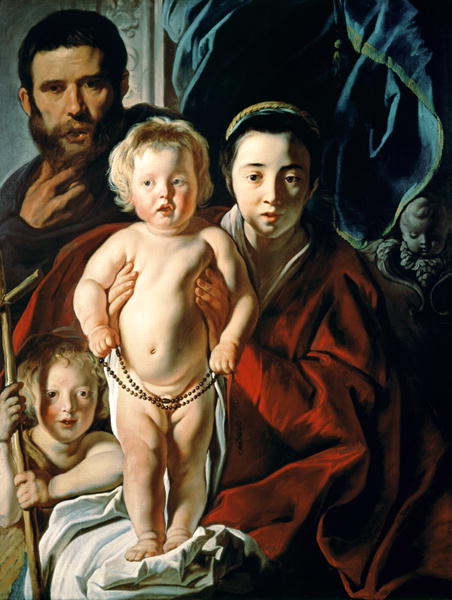 The Rubens paintings were full of fat and naked people like I remembered, but the paintings by Van Dyck, his student, were absolutely huge portraits of royalty and other important people.  It seems he would paint the subjects in a very flattering light – forget realism.  It turns out I don’t like Rembrandt that much.

My soul was renewed by the beauty of all that we saw.  I was intrigued by the way I was drawn in to some paintings and could walk right by others without a second thought.  I found I really prefer paintings over artifacts and like my paintings to convey deep feelings.  Not bad for an afternoon at a FREE museum.