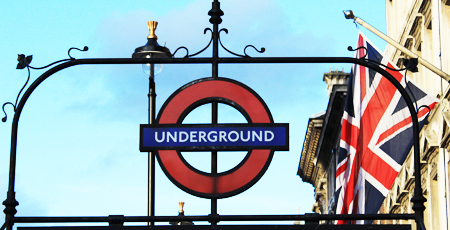 Emerging from the Tube when it stops at Westminster station, you are confronted with a series of 6 different exit choices, we chose one and headed for the surface to be greeted by this:

Take a few more steps and you see this: 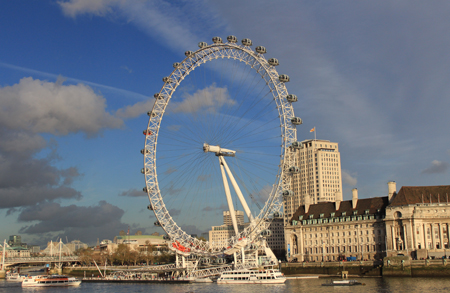 And just a bit further on, there’s this: 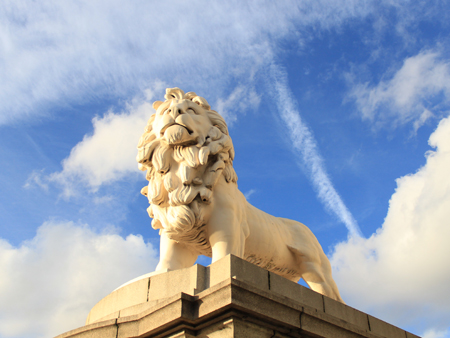 Not only was it a gorgeous day, but Hubby took amazing pictures of phenomenal sights!

We got to hear Big Ben chime, watch the Eye go round (we’ll ride it on the next trip), and marvel at the Coades Lion.

What’s the Coades Lion, you say?

The Coades Lion is a beautiful stoneware piece that stands on Westminster Bridge.  It has an amazing history and a bit of cool science behind it.  The Lion is made of Coades Stone which was formulated during the 1700’s.  It is an especially durable type of ceramic which must be fired for a long time at a very high temperature.  The Coades formula was used by English painter and sculptor William Frederick Waddington in 1837.  Waddington made two lions, painted them red and placed them on a parapet above the Lion Brewery which once stood on the shore of the Thames near the factory where the stone was produced.  The lions survived the blitz only to be ousted when the brewery was torn down in 1950 to build the Royal Festive Hall.  King George VI saved the lion by royal decree and had it moved to a spot on Westminster Bridge for the Festival of Great Britain.  After the festival, it was moved around a bit and came to rest in 1966 at it’s current location.

Now for the science.  Coade stone itself is an artificial ceramic material, invented by Eleanor Coade, made from a mixture which is called “fortified” clay.  Miss Coade’s mixture was sold for decades across Britain and into North America and Russia until Coade’s Arficial Stone Manufactory went out of business in and production ended in the early 1840’s.  A mixture of flint, quartz, glass, raw clay and a ground-up, pre-fired clay called ‘grog, Coade Stone is apparently the most waterproof and durable stone ever made.  The formula was believed lost until the 1970’s when the British Museum Research Laboratory worked out the composition of the stone.  In 1987, the first modern piece of Coade Stone was produced. Woo Hoo!