Once the service at St. Paul’s was over and we had Skyped with our kids to wish them a Happy Thanksgiving, we were a bit at loose ends.  Of course I had a list of things that I wanted to do while we were in London but, honestly, we were totally mentally exhausted.  Since we were also on a pretty tight budget, we were looking for something free or cheap to occupy our Thanksgiving night. 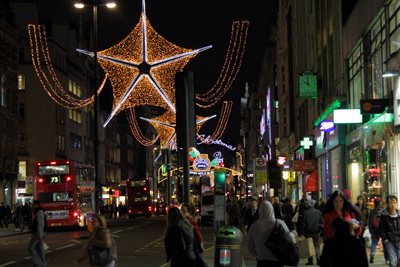 Opting for “Free”, we headed up Oxford Street to The Photographer’s Gallery to browse their free exhibit featuring the portrait photography of an Irish photographer named Tom Wood.  The exhibit was called “Men & Women” and was a simple room divided in half.  The photos featuring men ran along two walls in an ‘L’ shape while the ones featuring women ran along the two opposite walls.   We savored the photos and chose our personal favorites, 3 from the men and 3 from the women.  I had to expand the rules to allow 3 black and white and 3 color from each category since I couldn’t narrow it down.  One of my overall favs is called  “Three Wise Women” and features three elderly ladies shuffling through the dirt lot of a ‘car boot sale’ in Liverpool.  They each carry an item as they navigate the ruts and trash.  My other favorites are not as popular: Rag & Bone Owner” (image #6) featuring a middle-aged blond bombshell driving a forklift full of trash around her warehouse and  “Charlie and Alan” (image #1) another black and white of an old man and a young boy.

The gift shop of The Photographer’s Gallery was full of art and photography books, any of which could have occupied me for hours, but instead we bought a postcard featuring a black and white photo of the Sex Pistols messing around at a diner in Luxemborg in 1977.  (Postcards are a great way to collect your favorite art and photos for cheap!)

Since we weren’t hungry yet, we decided to do a little wandering and explore Soho. 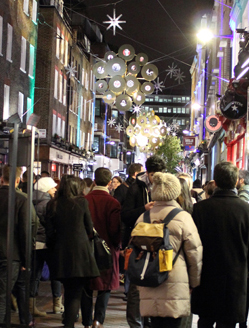 We stumbled onto Carnaby Street which had been the center of Mod fashion in the 60’s as well as the stomping grounds for bands such as Small Faces, The Who, and The Rolling Stones.

They were holding a 20% sale at every store in the lane and various stores had brought in live bands to entertain the crowds. 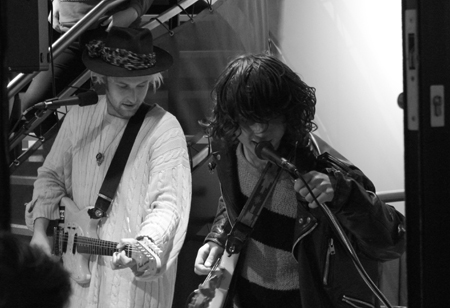 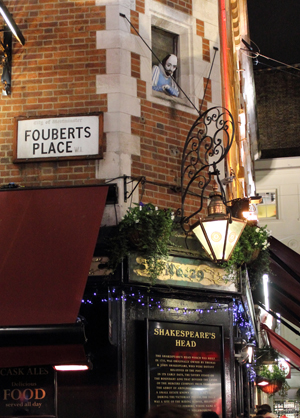 Since we had no desire to shop for clothes and no room in our suitcases anyway, we stuck to soaking up the atmosphere. We strolled past the Shakespeare’s Head Pub and underneath giant record displays celebrating The Rolling Stones’ 50th anniversary and advertising their 2012 compilation album “GRRR!” 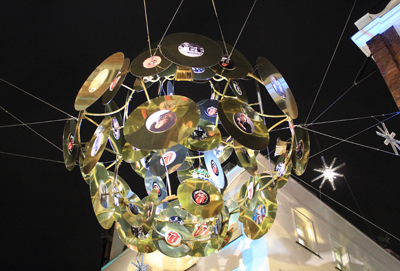 Just off of Carnaby Street, there is a giant mural celebrating local artists called “The Spirit of Soho.”  It’s quite amazing to see what a rich history the area has: Handel, Mozart, Casanova, Percy Bysshe Shelley, Dylan Thomas, and Karl Marx are each featured along with 49 other local luminaries. 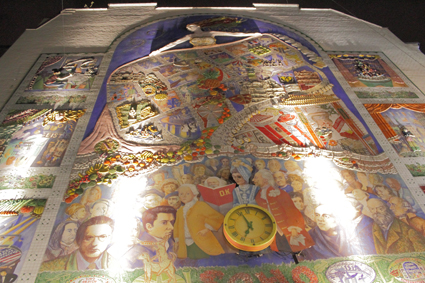 After walking for a few hours, we were ready for dinner so we scooted off to Oodle Noodle (before they closed this time).  Hubby ordered duck in the spirit of adventure and we warmed ourselves with Green Tea before we called it a night.