A few days ago, I wrote a post about The Curious Hieroglyphick Bible and in that post I mentioned that I like new takes on the Bible.  So heres another one: The Brick Bible: A New Spin on the Old Testament.  Thats Brick as in Lego Brick. 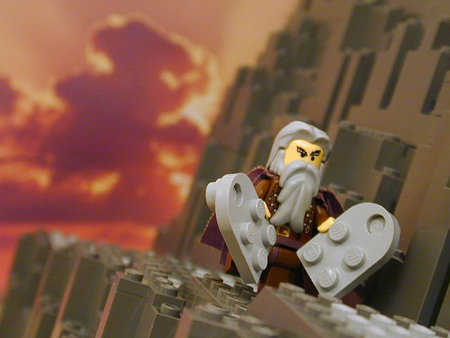 I bought The Brick Bible for my kids last Christmas and we spent hours pouring over it and marveling at the clever way the stories were represented as well as asking each other Really?  The Bible says that?

Some of the Old Testament is really bloody and Brendan Powell Smith doesnt shy away from depicting the violence. My kids were fascinated. 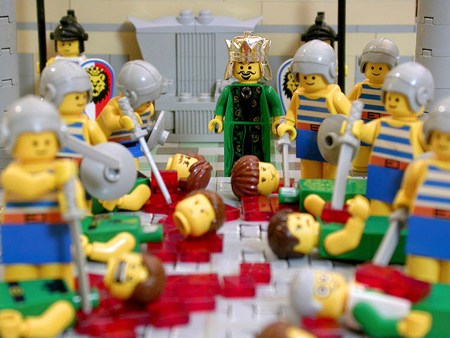 Heres the best part!  Its online as well.  In fact, www.bricktestament.com contains illustrations from the New Testament too.

How awesome is a Lego depiction of the Last Supper? 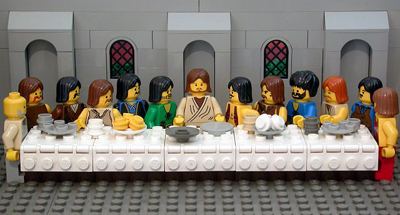 From the website: The worlds largest, most comprehensive illustrated bible.  A sprawling website best suited for those with the maturity to read the entire bible.  Now theres a challenge.  Ill admit that I love some of the illustrations, but others make me squirm.

Smith even tags the stories according to content: N=nudity, S=sexual content, V=violence, & C=cursing.  He isnt shy about depicting modern day events in order to make a point either. 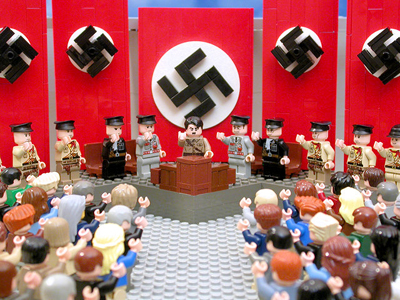 Its a great place to start a discussion…or an argument.  Im telling you, its not for everyone, but it may just get you thinking and talking and reading and learning about God.